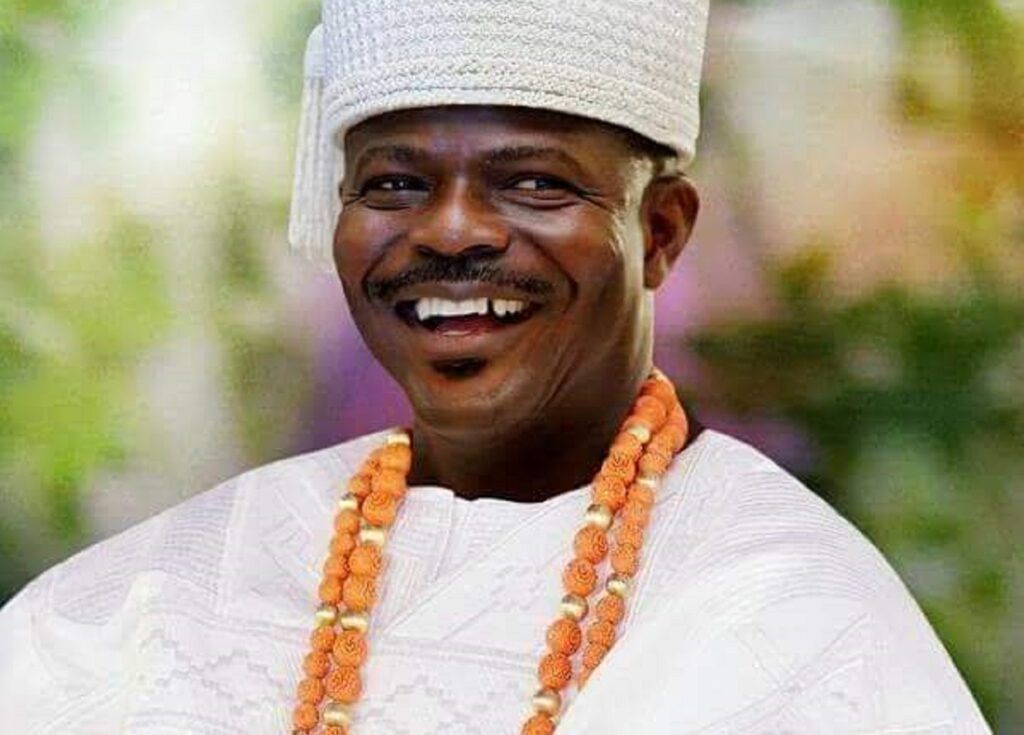 It’s good attribute Yewa are not risk takers but this has cost us many things — Olu of Ilaro, Oba Olugbenle

The Olu of Ilaro and paramount ruler of Yewaland, Oba Kehinde Gbadewole Olugbenle (Asade Agunloye IV), ascended the throne on April 14, 2012. In this interview with DAUD OLATUNJI, he shares his experiences and challenges in the last 10 years

You are celebrating 10 years on the throne. How has it been?

It has been by God’s grace. The Bible says, “If God is for you, nobody can be against you.” I know God has a hand in this journey and that is why in the last 10 years, He has made it so easy for me even when people begin to ask me how am I doing it. The expectation of people from me has not really been that bad, so, I think God has been faithful in the last 10 years. I thank God for His grace upon my life and for the support of the good people of Yewaland and our royal fathers because, without them, there won’t be any paramount ruler.

I want to thank them for their cooperation, their understanding and for gradually sharing into my vision for one united Yewaland. Yes, we are not there yet, but we are building up a foundation that generation coming will meet a stable polity, a united part of the state, a senatorial district where things will begin to work and where people will begin to speak with one voice. So, the challenges are there, no doubt, but, we thank God we are able to surmount them. It has not been easy in the last 10 years to oversee people with diverse backgrounds – culture, tradition and vision– so, it takes the grace of God and wisdom to sit down and oversee such people with diverse backgrounds and even language. We have Anago people here, we have the Eegun people, the Ohori, the Awori, the core Ketu and we have the core Yewas that migrated from Oyo. So, these are some of the challenges, but in all, I think I have come to understand my people very well. I may not understand their language, but I understand their body language. So, we thank God for everything.

What do you think is responsible for the failure of Ogun West to produce the governor of the state in the last 46 years?

Remove Ogun West, Yewaland has not produced a governor. I want to stand in a position to speak with authority. I have never heard people talking about Ogun East Forum or Ogun East Association or Ogun East this, Ogun East that, or Ogun Central Committee. I haven’t heard it in the last 10 years. But it is only in this part of the state that narrative is prominent. Here you hear, Ogun West this, Ogun West that and I ask people that this is just a legislative platform for our people to go to Abuja and represent us as senator.

In fact, Ogun State was not built on senatorial districts. It was built on four divisions which are: Egba, Yewa (then Egbado), Ijebu and Remo. The state was standing on four legs and not three. It was later that this issue of senatorial thing came in. When people come to me with Ogun West, at times, I don’t know how to express views because my jurisdiction doesn’t cover Ogun West. My jurisdiction covers Yewaland and I know where Yewaland starts and where it ends; right from Igbesa to Ado-Odo, down here, Yewa South, Ipokia, Yewa North to Imeko, that is my jurisdiction. When you are talking of Ogun West, I can only speak for four and half local government areas. So, let me speak for Yewaland. I wouldn’t want to go beyond my jurisdiction. When you talk of Ogun State and the place of Yewaland, to me, I think it is divine sort of, it pleases God that up till now, we have not produced a governor of the state. It is a learning process for our politicians if they want to learn. Yes, we are in an area where people are not aggressive, politically. They are not aggressive; business wise, they are not aggressive. We have people who are contented. Our people seem to be okay with the little they have. They are not risk takers. The Yewa people cannot take risks. I’m not trying to bring them down. It is an attribute. It is a good attribute, but it has cost us so many things. It has cost us so much. We are not bothered as such, the aggressiveness in terms of pursuing political offices is not there. When they push and they get to a level, they abandon it and move on. So, with this gap there, how will you be governor? My people are not ready to take the risk in terms of spending money in politics. My people have not grown to that level all these years. Maybe now, they are beginning to understand that politics is about money in this part of the world. These are the challenges.

Another one is this our diverse background. It is has not really helped us. Apart from the fact that our people are not really endowed and empowered financially to be able to navigate the political terrain. The major reason we haven’t be able to produce the governor of the state is our inability to unite. This has been our major challenge. And that is where most of the politicians get it wrong. Let me say, if you bring a candidate for governor from Ipokia today, the whole of Ipokia will go for that person. If you bring another person from Imeko, the Imeko people will root for their son. If you bring another one from Ilaro here, the whole of Ilaro will rally round that person. Why, because they are all diverse. They are not from the same ethnic background. The Anago and the Eegun control Ipokia axis. , Imeko is controlled by the Ketu.

Unfortunately, our children lack something which is cohesion and it is very disgraceful. They are not together and that is as a result of lack of political leadership. After (Tunji) Otegbeye, (Afolabi) Olabimtan and Ishola Abioro, that gap was left there wide and there has not been anyone who can fill the gap up till today and we as royal fathers are now finding it difficult to see how to bring these children together. Definitely, if we have a leader, it is the leader that will send for those aspiring children and speak to them, there is nothing like that. We are left to deal directly with the candidates. The cohesion is not there, the leadership gap is very wide, everybody is a leader on his own.

Most of them are not self-reliant. It is either they are being propelled by some forces outside Yewaland to go for the political office or someone outside is sponsoring them. I have seen this, it is happening. In the last dispensation, about eight or ten aspirants all came out to contest under one particular political platform, all from Yewaland. How do you want me to manage that? They are all my children. There is hardly any local government in Yewaland that did not have a candidate and yet we are voting for one governor, so, how do you do that? That is one political platform. We still have another Yewa son from another party who wanted to be governor.

The day they all come together and bring out one candidate, that day they should go and sleep, the election is as good as won. I won’t deceive you, even other divisions also want a Yewa person to be a governor. All my other paramount rulers are not greedy. They want us to also produce a governor. They know it is overdue. It is not a matter of maybe they don’t love us here, no. We don’t love ourselves. Alake wants a Yewa man to be governor. If anybody tells you that the Egba don’t like us. It is a lie. Awujale, in fact wishes that we have produced a governor a long time ago. They (other paramount rulers) always tell me, please talk to your children. But, unfortunately, these children are not doing the right thing. Some of them don’t even come to me that they want to contest governorship seat. We are our own problems.

I will only plead with them to see ourselves as brothers and sisters. Those that are at home should embrace those that are just coming. They must open their hearts and be receptive to as many of us that want to come back home. If you have served people at the other side, come back home and come and serve your people because that is the only means through which you can serve your people, apart from being the traditional ruler. The only platform anybody can use to express himself to serve is through politics.

Are there some signs or hope that Yewa could get it in no distance future?

Well, definitely, our eyes are opened now. Our people have come home now, the doors are opened. We now have many options, not a situation where somebody will be recycling himself as if others are not existing. We must open our doors to our children to come home. We must all go out, learn, get the exposure, experience and everything, then you come in and bring it back home here to serve your people. That is how development is achieved. You don’t stay in one place and expect that development will come. We have a problem within ourselves, those at home believe that those of you coming are coming to erode them. If you are talking about us not being able to produce the governor, what of the polytechnic here (the Federal Polytechnic, Ilaro), the polytechnic is over 40 years and we have never produced a rector there. An Ijebu man has been a rector, an Egba man has been a Rector there. Why are my people not being able to produce a rector? Are we not qualified? Don’t we have professors or doctoral degree holders? The problem is that we run away from home. We are scared of the witches and wizards at home. Our parents scared us away. For the governorship, very soon the story will change. ,,